I am often asked – why on earth would you go to Antarctica, surely, it’s too cold?

I have been lucky enough now to visit three times, my first time being back in 2003. Before then the thought of going somewhere cold really didn’t appeal to me in any shape or form. I’d never been skiing and preferred lying on a beach, to being wrapped up like a beached whale in thermal gear. But an opportunity presented itself and I thought why not? So with a suitcase full of fleeces I embarked on what was to be a long love affair with the Polar regions. 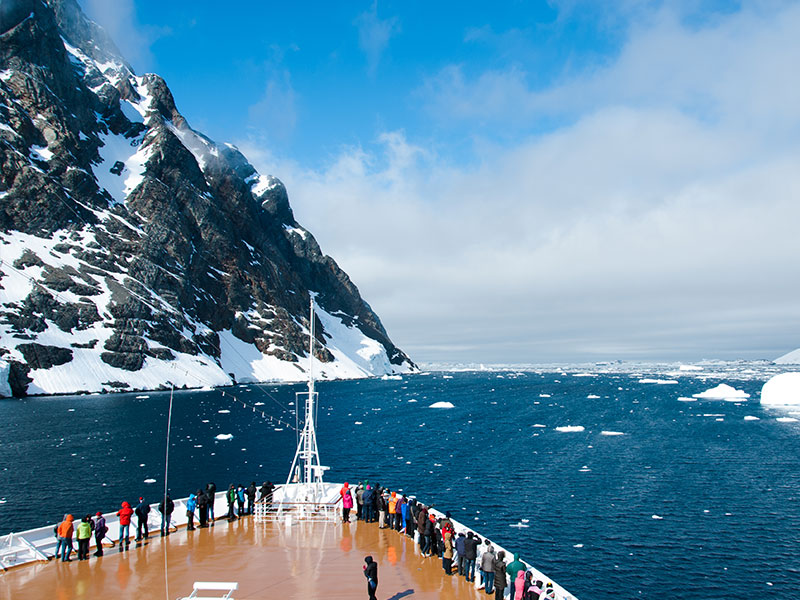 We set sail from Ushuaia, the southernmost town in Argentina for our two-day crossing across the notorious Drake Passage, would it be the Drake Lake or the Drake Shake? The crossing turned out to be the Drake Lake and we were blessed with calm seas, blue skies and wispy white clouds drifting slowly across. Best of all, the sunshine was delightfully warm.

Albatross and giant petrels followed in our wake, providing aerial displays, the tips of their feathers skimming the waves as they swooped and dived.  I had taken 10 rolls of film to last the two weeks, so after a few attempts at trying to capture them, I gave up not wanting to use up all my precious film before we had even got to the Peninsula. Last time I went to Antarctica I think I took over 3,000 images, the first time I took 360 photos, both times Ino idea if they would be any good until I got home and had them processed.

Day 3 we were woken by the dulcet tones of crew member Annie, suggesting we might want to get up and come out on deck. Bleary-eyed I looked at my watch, it wasn’t even 6 a.m. yet! People who know me, have long recognised that I am definitely not a morning person, but I hauled myself out of bed and started putting on multiple layers and then headed out on deck. There I discovered that some people hadn’t even bothered to get dressed in their haste to get outside and had, in the interests of decency, merely wrapped a towel around themselves! 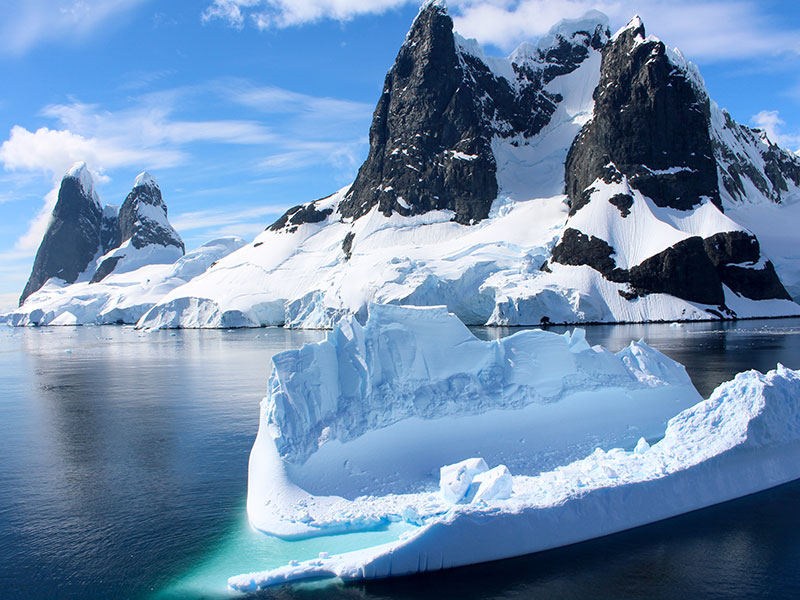 Whatever cold they might have felt was quickly forgotten by the utterly mesmerising beauty of the Lemaire Channel. The water was like a mirror reflecting the huge cliffs rising majestically on either side, the bright morning sun shone, glinting off the scattering of sea ice. It was at that moment I was well and truly hooked – I had caught the ‘Polar bug’!

To book your cruise to Antarctica get in touch with one of our Polar specialists today on 020 3805 8762, or submit an enquiry here.