With our flexible booking terms, you can Relax & Book with confidence - Read More
The 6 Types of Penguins You Need to See in Antarctica
Home Travel Inspiration Antarctic Penguins
GET IN TOUCH
Enquire About Polar Routes
MAKE AN APPOINTMENT
Fill out your details below and we'll arrange your appointment with a travel specialist
CALL US
Mon to Fri: 9am-5:30pm
Sat: 12pm-4pm

The 6 Types of Penguins You Need to See in Antarctica

Let’s be honest. A once-in-a-lifetime trip to Antarctica isn’t about the bragging rights or quenching the thirst of your inner explorer - it’s all about the penguins. Whether or not these amazing two-legged, flightless creatures are the only reason you want to visit the frozen continent, we have no doubt you’ll be excited when you spot one for the first time. These are the six types of penguins in Antarctica that you should watch out for. 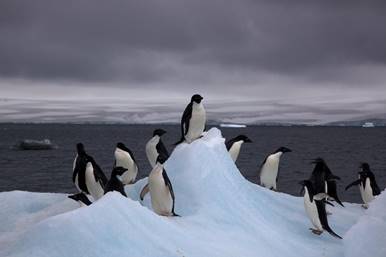 You’ll only find the Adélie penguin down South, as the Antarctic coast is their primary (and only) residence. Almost four million Adélie penguins live in Antarctica, making them a common sighting for visitors. If you are lucky enough to visit Cape Adare in East Antarctica, you could see their largest colony made up of around a quarter of a million pairs.

Fun fact: The Adélie penguin’s plumage provides fantastic camouflage in the water. When they are viewed from above, their black backs blend in with the dark waters. When seen from below, their white fronts blend in with the bright sea surface. 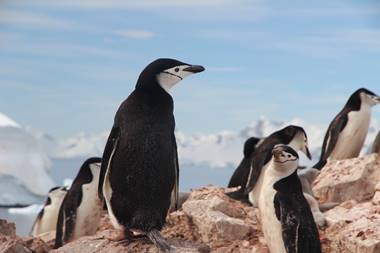 The Chinstrap Penguin, sometimes called the ‘bearded penguin’, is one of the easiest penguins to identify due its unique helmet-like markings. This species of penguin is found all around the South Pacific and Antarctic Ocean. There are over 8 million chinstraps worldwide, but in Antarctica you’ll find them along the rocky coasts avoiding ice - particularly during breeding season.

Fun fact:The Chinstrap penguin is the most common penguin species in the world.

The Emperor Penguin is breathtaking the first time you see one up close. These stunning creatures are both the tallest and heaviest of all penguin species, and are endemic to the Antarctic continent. Emperor Penguins can thermoregulate their bodies - a convenient talent when you breed in the coldest environment of any bird species on the planet. Snow Hill Island on the east coast and the Dion Islands on the west coast are the most popular breeding areas to see the Emperor Penguins in Antarctica.

Fun fact: Unlike some Antarctic penguins, the Emperor doesn’t travel to warmer locales. They can live in temperatures as low as -60°C due to their large stores of body fat and insulating feathers. 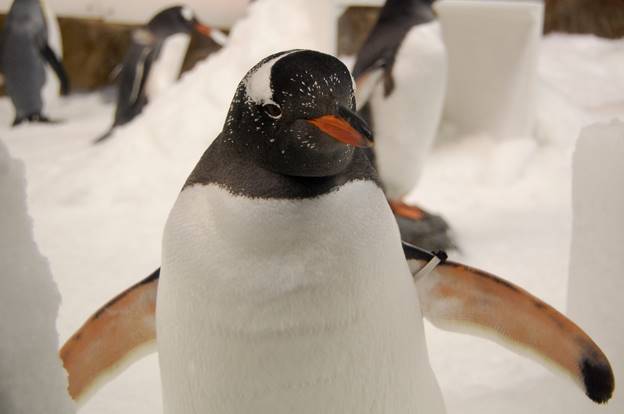 Heading to South Georgia? You’ll probably see the Gentoo penguins hanging around. The third largest penguin species can be found on many sub-Antarctic islands - the Falklands, South Georgia and the South Shetland Islands being the most popular for breeding colonies. The Gentoo is another penguin species that is easy to identify by its distinctive white head markings. While the Gentoo penguin hasn’t been officially listed as endangered, populations have seen a noticeable decline

Fun fact: Gentoo penguins can spend their entire day hunting and can remain below water for an impressive seven minutes.

With a name like Macaroni, you know this species of penguin has to be an interesting sort. These penguins have a very distinctive golden crest, making them easy to identify from the other Antarctic penguin species. The Macaroni is a great traveller and can be found everywhere from the sub-Antarctic islands to as far North as South Africa when foraging for food. In Antarctica, you’ll want to visit Bouvet Island, South Shetland Islands or Prince Edward and Marion Islands to see the Macaroni up-close. They also have established colonies on South Georgia and in Southern Chile.

Fun fact: The Macaroni penguin didn’t get its name from a pasta loving explorer as you might assume. In the 18th century a ‘macaroni’ was a person with flamboyant fashion and when English sailors saw the penguin’s noticeable golden mane - the rest became history. 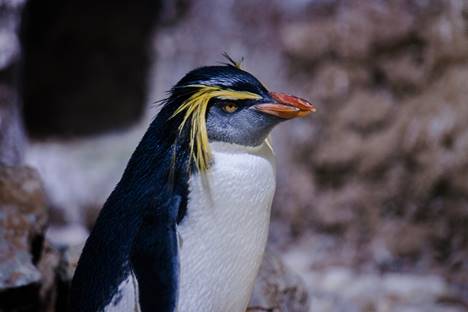 Last, but certainly not least, the Rockhopper penguin is the smallest species in the world and mostly lives on the islands of the sub-Antarctic peninsula. The main breeding colonies can be found in areas such as the Prince Edward and Crozet Islands, but the Rockhopper also frequents southern Chile, Argentina, and the Falklands. Although Rockhoppers are one of the most populous penguin species, it’s estimated that their population has declined by as much as 90% in the last century.

Fun Fact: You can’t determine the sex of a Rockhopper by physical appearance. A DNA test of a feather is the only sure way to know whether you have a male or female penguin. 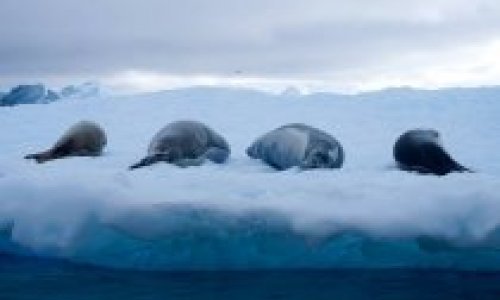 Emma shares her story about her journey to cross the Antarctic Circle. From the people she met, the places she visited and the wildlife she photographed. Read on to find out what to expect on your own Polar Expedition Cruise. 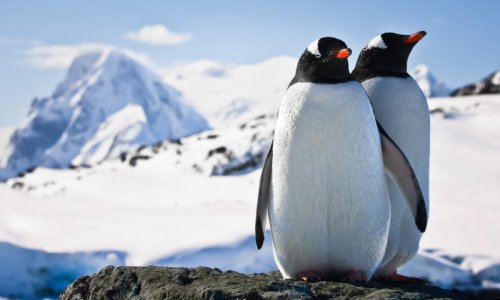 Almost 24 hours of sunlight during the summer months means that Antarctica is wildlife is kicked into action. An Expedition Cruise is the best way to see this incredible display.