With our flexible booking terms, you can Relax & Book with confidence - Read More
The Greatest Polar Explorers
Home Travel Inspiration The 9 Greatest Polar Explorers
GET IN TOUCH
Enquire About Polar Routes
MAKE AN APPOINTMENT
Fill out your details below and we'll arrange your appointment with a travel specialist
CALL US
Mon to Fri: 9am-5:30pm
Sat: 12pm-4pm

While the polar regions of the planet are more accessible than ever, the harsh landscapes of the Arctic and Antarctica still have many secrets to divulge. Countless brave men and women led the way, forging a path of discovery amidst danger, that has made it possible for average adventurous travellers to follow in their footsteps today. From the trailblazers who made their way to the poles a century ago, to the modern-day explorers who still prove the planet has much to discover, these are the nine greatest polar explorers in history.

Sir Ernest Shackleton is one of the most inspirational polar explorers in history, yet never actually reached his goal - the South Pole. Shackleton led three separate expeditions to Antarctica, the most famous being the Imperial Trans-Antarctic (Endurance) Mission in 1914 in which he attempted to be the first to cross Antarctica from one side to the other, via the pole. In an event that is forever inscribed into Antarctic lore, the ship Endurance became trapped in the ice. For ten months his men were stranded in unimaginable conditions, but Shackleton found help in South Georgia and managed to get every last man recused. He died in 1922 on South Georgia, where he is still buried today. 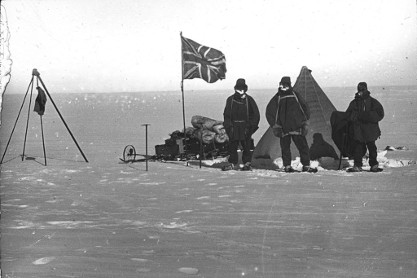 Photograph of the Nimrod Expedition (1907-09) to the Antarctic, led by Ernest Shackleton)

Edmund Hillary is most famous for being the first man to climb Everest in 1953, but he is also credited to be the first to climb Everest and reach both poles. In 1958 he was part of the Commonwealth Trans-Antarctic Expedition which was the first party to reach the South Pole by motor vehicle. Finally, in 1985 he joined famed astronaut Neil Armstrong on a small plane, landing at the North Pole. HIllary died at the age of 88 in 2008, in his home country of New Zealand.

Roald Amundsen was one of the most important explorers to have ever lived. The Norwegian explorer was the first ever to reach the South Pole in 1911, much to the disappointment of Ernest Shackleton. In 1926, Amundsen successfully reached the North Pole as well - making him the first man in history to reach both poles. In 1928, on a rescue mission in the Arctic, Amundsen and his crew of five all disappeared. 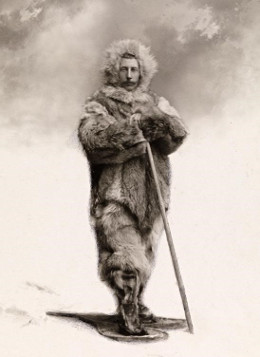 Fridtjof Nansen was a Norwegian explorer as well as a Nobel Peace Prize laureate. In 1888, Nansen led the first team to cross the interior of Greenland - amazingly on cross-country skis. From 1893-1896, Nansen led the Fram expedition in an attempt to reach the North Pole. While the team was unsuccessful, they had gotten further North than anyone had ever before - their northernmost camp was just 226 miles from the Pole. He dedicated much of the rest of his life to scientific study and politics, eventually putting him in a position to help hundreds of thousands of refugees displaced by the First World War. He was awarded the Nobel Peace Prize in 1922 for his humanitarian efforts.

Robert Peary was an American explorer, most famous for being the first person to claim they reached the North Pole - a feat that happened in his Arctic expedition between 1908-1909. His claim is still hotly contested today, with some historians estimating Peary may have actually been 60 miles away from the geographic North Pole. Regardless of his disputed claim, Peary is still undoubtedly one of the greatest polar explorers in history. 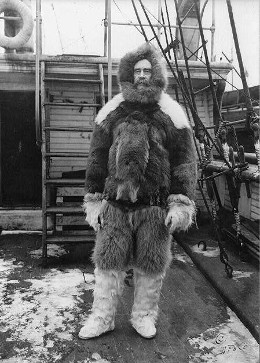 Richard Byrd was an American explorer and famed aviator who claimed to be the first man to fly to both the North and South pole. In 1926, leaving from Spitsbergen in Svalbard, Byrd made a 15 hour and 57 minute flight to the North Pole and back. He became a national hero, which funded his expedition to fly to the South Pole in 1929.

English explorer Ranulph Fiennes has spent his entire life exploring the planet - and many consider him the greatest living explorer. Fiennes has many notable achievements, but he is most well-known for being the first person to completely cross Antarctica by foot. He is currently focusing on The Global Reach Challenge, a charitable goal in which Fiennes hopes to be the first man to cross both polar ice caps (a feat he’s already accomplished) as well as climb the highest summit on every continent.

Continuing on with the modern-day explorers, Børge Ousland is a Norwegian explorer who became famous after becoming the first person to make a solo journey without support to the North Pole - an incredible achievement that still hasn’t been repeated by another person. He also made a solo journey to the South Pole, which became the fastest unsupported journey in history - taking only an incredible 34 days. Perhaps his biggest claim to fame was his marriage in 2012, officiated at the North Pole itself.