Few things undermine the remote magic of the Polar Regions more than plastic pollution in the Arctic and Antarctic.

Swept here by ocean currents from far corners of the world, it is a symptom of a global problem, and it's one we are determined to help tackle, which is why we are supporting the work of the Marine Conservation Society (MCS), the UK's leading marine charity.

We are all dependent on our ocean's health, whether it's for our food, climate or the air we breathe. Human activity is putting our seas under immense pressure, and MCS has been working actively since it was founded in 1983 to tackle many of the critical issues including marine plastic pollution, overfishing and lack of effectively managed marine protection.

The Falkland Islands, South Sandwich Islands and South Georgia are British Overseas Territories and popular destinations on our Antarctic cruises, and it is here that we can see some of the devastating consequences of plastic pollution. In the final episode of 2017's Blue Planet II titled 'Our Blue Planet', the chicks of open water seabirds like petrels and wandering albatross were shown to be mistaking bits of plastic for food, the eating of which can cause them to lose their appetites, develop ulcers and in some instances, where plastic becomes lodged in their oesophagus, cause death.

Blue Planet II caused a major shift in public opinion and brought the health of our oceans into the spotlight for the first time. MCS launched multiple campaigns off the back of 'Our Blue Planet'. Among them was tackling plastic pollution by campaigning for government and industry action to drive down the use of single-use plastic. Their ‘Beachwatch’ litter surveys show that single-use drink containers are frequently within the top 20 litter items found on UK beaches. 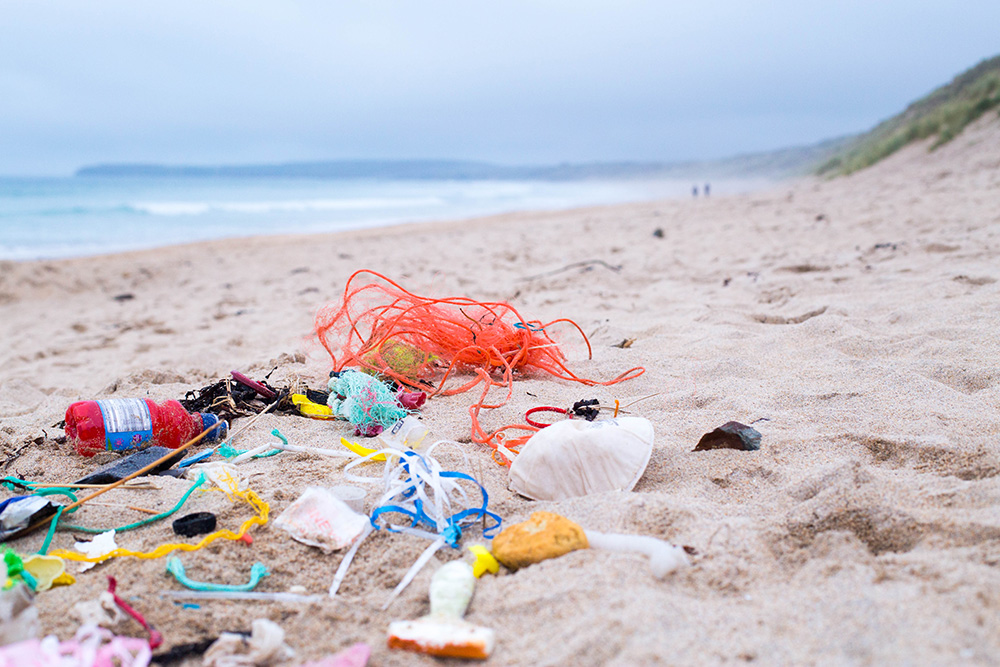 Another campaign the charity launched in the wake of the programme was called ‘Back the Blue Belt’. The campaign, run with a number of campaign partners aimed to protect four million square kilometres of ocean in a ‘Blue Belt’ around UK Overseas Territories by 2020. Among the areas to receive enhanced protection is South Georgia and the South Sandwich Islands. The South Sandwich Islands alone are home to nearly half of the world's population of chinstrap penguins and more than a hundred thousand breeding pairs of Adélie penguins, as well as several thousand breeding pairs of Gentoo penguins, whilst South Georgia has some of the largest colonies of king penguins in the world with more than 300,000 living in a single bay.

In 2012, the SGSSI government created one of the world’s largest, sustainably managed Marine Protected Areas around the archipelagos, but the area was not designated a 'no-take zone' which allowed commercial fishing activity to still take place in its waters. The #backthebluebelt campaign aimed to establish a fully protected reserve around South Georgia and the South Sandwich Islands by 2020.

The campaign led to expanded measures being passed in December 2018 designating 23% of the marine protected area as a no-take zone, and shortening the commercial fishing season by two months in the winter to between May and September. Whilst, the results were not as ambitious as was hoped. By no means is it the end of the story and MCS and its partners at Great British Oceans will continue to campaign for the necessary protections to Britain's Overseas Territories.

In 2019, the Marine Conservation Society launched a new campaign called #BottlesForChange. The new campaign aims to increase the recycling of single-use plastic drinks containers through a new levy system. Polar Routes were proud to be able to lend our support to the campaign, which you can learn more about here.

The need to protect our oceans from overexploitation has never been more critical and the work of MCS never more prescient which is why Polar Routes is proud to support the work of the charity both in our destinations and beyond. We include an optional £10 per person donation on top of every booking, which goes towards the work of MCS.  You can learn more about the charity on their website mcsuk.org.

Enquire About Your Expedition Cruise
About Us


Why book with Polar Routes?