With our flexible booking terms, you can Relax & Book with confidence - Read More
An Arctic Encounter
Home Travel Inspiration An Arctic Encounter
GET IN TOUCH
Enquire About Polar Routes
MAKE AN APPOINTMENT
Fill out your details below and we'll arrange your appointment with a travel specialist
CALL US
Mon to Fri: 9am-5:30pm
Sat: 12pm-4pm

Whatever else one might come to Spitsbergen for, one reason must surely be to see the mighty polar bear or hopefully even two or three! So, from the moment we were onboard our ship for our Svalbard cruise we were constantly on the lookout for one of these incredible animals. With their vast stature and amazing pearly white coat, designed by nature to keep out the very worst of the freezing temperatures of the Arctic, these majestic creatures are actually waterproof too! Great for when a dive upon some unsuspecting prey was made to ensure something for dinner, or indeed the odd swim.

There was a certain rivalry between the watchers as to who might spot a bear first, forgetting that it was far more likely that an experienced member of the crew might well have keener eyes than us ‘landlubbers.’

We had been on the ship now for a couple of days, sailing slowly along the edge of the pack ice, scouring the landscape for bears, when finally, one was spotted way off in the distance, hunting out on the sea ice. The news quickly spread around the ship and the decks were soon crowded with passengers, all keen to get a better look as we drew nearer and nearer to the edge of the ice floe. 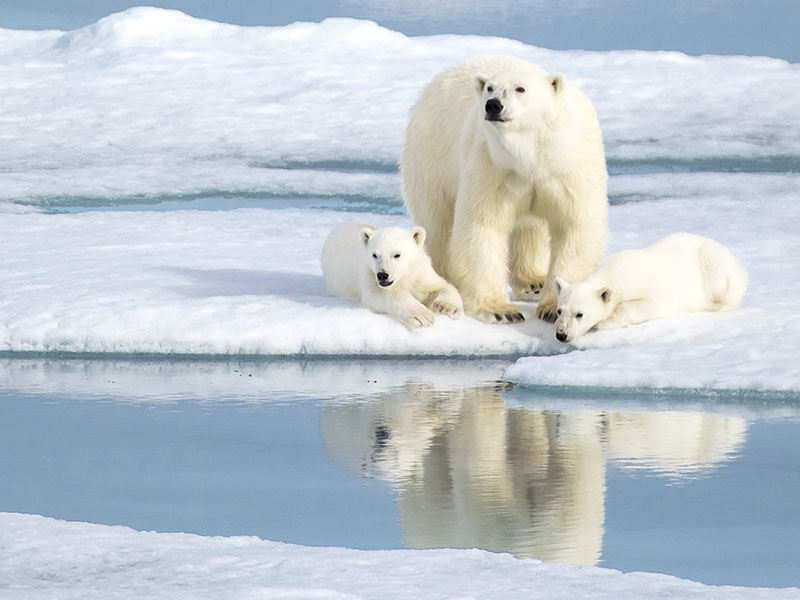 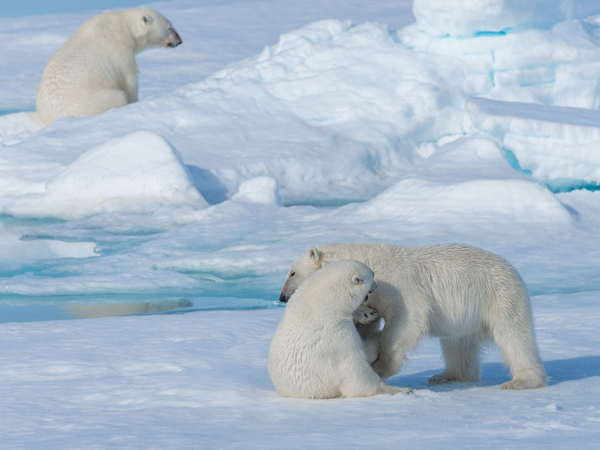 The captain was more than happy to slow the speed of the ship so we could keep abreast of the ice floe, and as we drifted closer, so as not to disturb her, we could see she was accompanied by two adorable cubs. Everyone was out on deck now, cameras poised for that ‘National Geographic moment’. You could hear the constant clicks as people took their banking shots. Settings were adjusted and readjusted, while those without cameras simply enjoyed being present to see one of nature’s most amazing and awe-inspiring creatures.

We waited patiently, all the time thinking this could be the moment, as she waived her nose in the air, smelling for her prey. But she continued to amble on, teasing us, testing our resilience to the cold and all the time keeping us in suspense. Will she/won’t she feed her cubs today. 2-3 hours passed, the cold was beginning to seep in, people would dash inside quickly to grab a hot drink to warm up, desperate not to miss any of the action.  Then suddenly she raised her magnificent body and slammed it full force into the sea ice. There was a struggle, had she got it? The cubs continued with their playful activity, unaware of the drama of procuring lunch for them. Had she succeeded in her quest? As we waited for her to re-emerge, no one dare to speak, then finally she appeared bloodied, with carcass in tow, lunch would now be served! 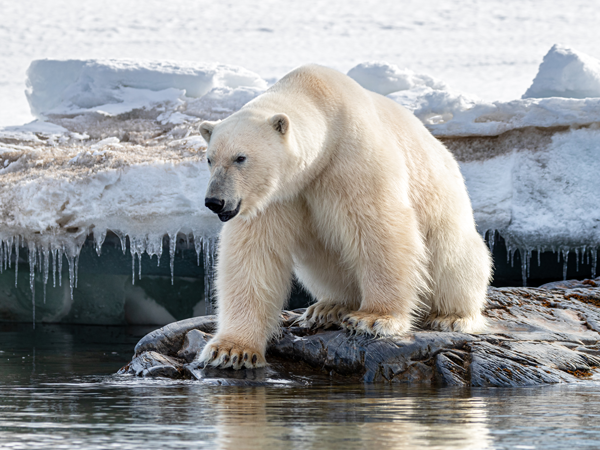 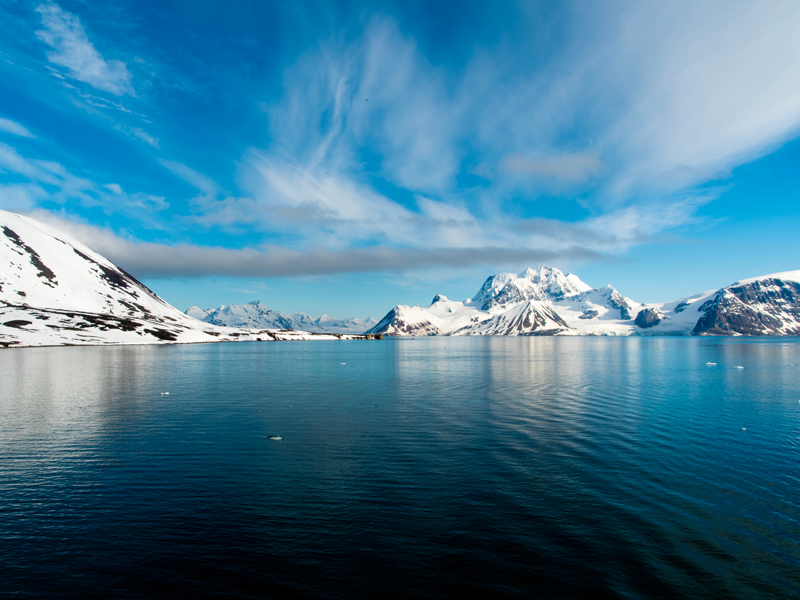